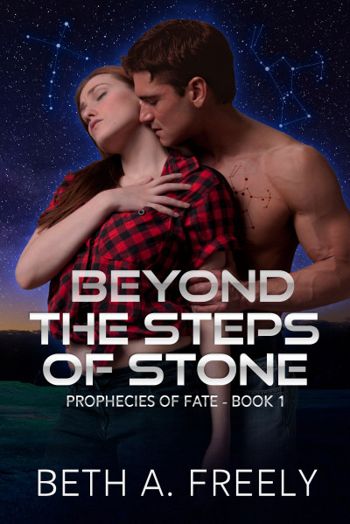 BEYOND THE STEPS OF STONE

One Army Colonel. One alien leader. One prophecy. The fate of Earth is in their hands. Can they come together in enough time to save it before an old enemy arrives?

Army Ranger Colonel Morgan Langtree has awoken from cryogenic stasis to discover that her own world has become alien to her. Earth, now a virtual Garden of Eden, is both beautiful – and dangerous. Now responsible for all of the survivors of the Area 51 base, Langtree sets out to discover what happened to her world…

…and why they slept for 1,500 years longer than intended.

Following her late commanding officer’s instructions, Langtree and her team set off for the Belize Valley Area and the city of Lamanai. She finds a thriving society based on Central American Indians of millennia before in the remains of the city as well as the Lamanai’s gods.

Enter Lord Jericho Juriath, the charismatic leader of a race of aliens known as the Allorvians. He has brought the remainder of his people to Earth, a planet his own ancestors helped seed long before the birth of Christ. Earth was to be a safe haven, a thriving planet his people could settle on, disappearing into human society. But, like Colonel Langtree, Juriath has found a world devoid of cities and technology. With too many riddles that need solving – and a prophecy he’s not sure he believes in – Juriath is left wondering what happened.

Both leaders are forced to make a choice: forge an alliance with one another or go their own way. Can they move past their differences and find love, securing the prophecy that will save both of their people before the Allorvian’s enemies find them? Or are they doomed to repeat history and become slaves to a race older than time?