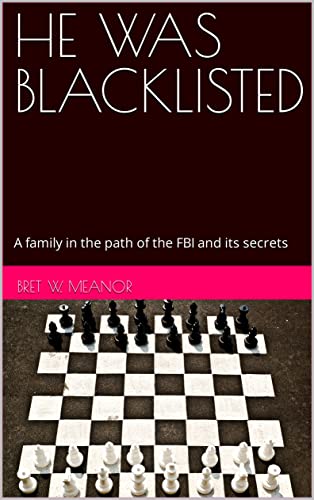 HE WAS BLACKLISTED: A family in the path of the FBI and its secrets by Bret Meanor

Earl Meanor had invented something that would change modern photography… something so good that the company he worked for would go to extreme lengths to steal it, discredit him, and ruin his family.

The year was 1965, in a small town in upstate New York. My father was an inventor, a “nondestructive tester,” and a brilliant man of integrity.

We were all surprised to discover the FBI followed, not only him, but every one of his team members at the company, and all of their families.

We thought he was inventing what would become the Polaroid… it turns out he knew more about “3-Mile Island” than he could say and that he was working on something that could change the trajectory of the Cold War.

Was our family at the center of intrigue and international espionage?.

How much of our family's life was impacted by these events?