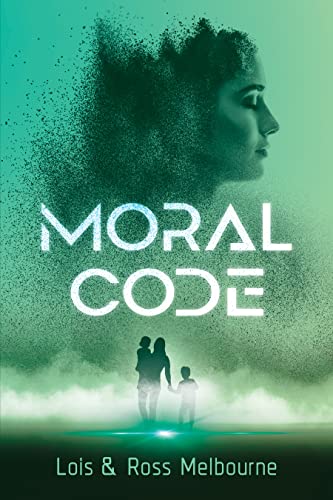 Dr. Keira Stetson has two passions: ethical artificial intelligence—AI with a conscience—and creating technology that improves children’s lives. Trapped in an earthquake-flattened building with a half-dozen panicked five-year-olds, she fears the worst. When billionaire Roy Brandt leverages his mysterious nanite technology to rescue them, she’s both grateful and intrigued.

Impressed by his prototype technology but alarmed at its potential for exploitation, Keira merges her company with Brandt’s. The merger gives Keira access to much-needed funds for the development of her own tech, and access to Brandt’s powerful minuscule robots. In turn, she and her AI assistant, Elly, embed Keira’s trademark Moral Operating System in Brandt’s nanite SmartDust to rein in its power.

But Brandt’s technology has been kept secret for a reason. Though he’s adamant about using the Dust to improve life, not destroy it, corporate raiders and the military have other ideas. They want to weaponize Brandt’s nanites. Suddenly, everything Keira has worked for is in jeopardy. Exposed to the worst humanity has to offer, she and Elly must fight to use this newfound tech for good and keep it out of the wrong hands…before it’s too late.