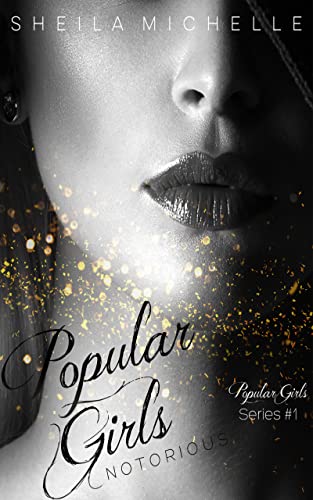 Please note: This 2nd edition of Popular Girls has been rewritten with a completely different storyline than the original 2015 edition, but the character names and locations are the same.They’re the Popular Girls—Prima, Olive, Poppy, Ursula, Lauren, Ariana, and Rika—PGs for short, and the first letter in their names spell out what they’re proud to be called. The PGs are everything most girls want to be—beautiful, wealthy, intelligent, social media influencers . . . the list goes on and on.But are they really wolves in sheep’s clothing? Some will swear on everything that they are.And Kitty Laine, the new girl at Sahara Palms High School—a school that the PGs put on the worldwide map—is befriended by them.She has no idea what she’s in for.The PGs are known for their notorious ways, and seem to get away with any and everything just because of their status, and might have even gotten away with the disappearance of a fellow Sahara Palms student whose incident led to an unfortunate outcome for a former PG, and now Kitty seems to be in the middle of all of it, and has questions that none of the PGs are willing to answer.The PGs feel entitled to everything, including their freedom, and only Kitty now has all of the inside information everyone, especially the authorities, want to know, but whether or not the PGs are being truthful with her is something that she has to decide for herself, and she has to especially decide most of all if she should get out of the group while she can . . . but it might be too late. When another incident occurs, it turns the world of the PGs upside down and has the whole school and especially the PGs on edge all of the time, and alters them in a way no one sees coming.Popular Girls: Notorious, is the first book in the Popular Girls series.