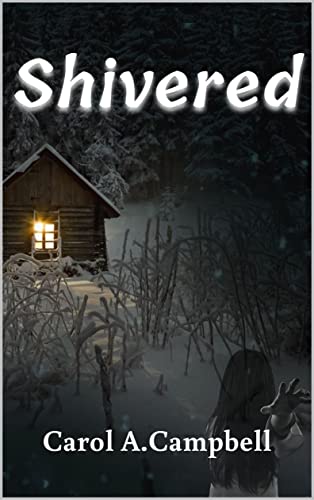 Shivered by Carol A. Campbell

Less than three weeks before Christmas, Kyle Parks was on his way to his next job in Atlanta, Georgia, but fate had other plans for him. Instead, it led him to the beautifully renovated Cassandra’s Country Inn, nestled in the mountains on the outskirts of Chattanooga, in Shivered Tennessee. In the spirit of the grand opening and the unexpected bad weather, the owner of the Inn, Cassandra (Cassie) Cooper, offered Kyle the only room left. But unfortunately, the freak snowstorm trapped her guests, and one by one, they began to disappear. Being trapped by the snowstorm and his own evil past, Kyle starts to experience ghostly encounters and has difficulty determining what is real and what is not. Every year, supernatural forces bring two evil paths together, and their fate collides in Shivered, Tennessee. It’s a place that you’ll never escape!