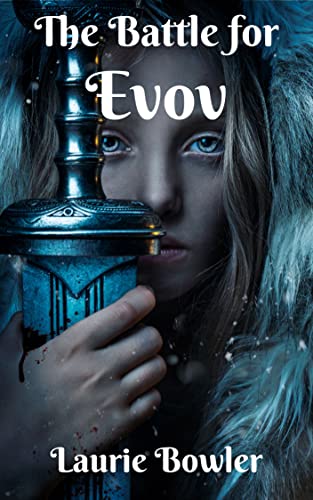 The Battle for Evov by Laurie Bowler

According to ancient laws, mythical beings and humans can't be together. Still, Ezekiel, a human, meets Jenilia, a mythical being, and their fate becomes tied together by many unfortunate events.Farah, the second born of the sovereign of Evov, has slowly been implementing her evil plans; she has succeeded in killing her mother, the monarch of Evov and has taken the throne, and it's up to her sister, Jenilia and her partner, Ezekiel, to put an end to Queen Farah's tyrannical and sadistic reign.Together Jenilia and Ezekiel lead their army through the lands of Evov to Farah's lair to defeat her and her Dark Army.This is their only chance for peace.Farah, who has been weakened from the battle, still refuses to relent and sends her Dark Army to kill all those who oppose her, including Jenilia and Ezekiel, the leaders of the uprising.