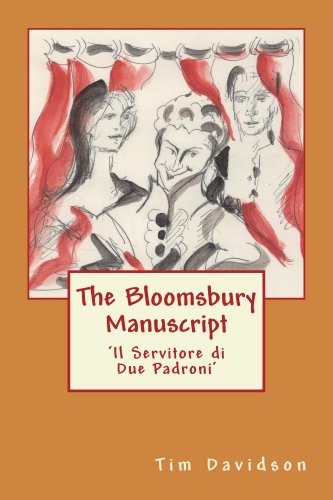 The Bloomsbury Manuscript: The Servant of Two Masters by Tim Davidson

Music critic Hugo Belcher is a charming rogue who, forever short of money, plans to marry a wealthy young heiress. Meanwhile, Sandra Grisewood, a bright working class girl, moves to London where she hopes one day to realise her dream of becoming an opera singer. Two hundred years before in late 18th century Prague, music teacher Antonin Vasylicek, another charmer, flees to England to evade his creditors and escape a scandal. Their separate lives are, however, inexorably linked in various ways ......not least the coming to light of an opera score based on Goldoni’s comic play “Il Servitore di Due Padroni” (The Servant of Two Masters). Could this perhaps be the score of a lost Mozart opera?