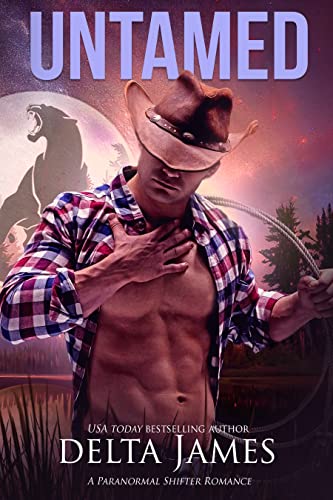 Cade and Trey's relationship is new and fragile. But Cade has a secret that could tear it apart.

When his father, Cyrus is murdered, Trey is ordered to investigate the death. The list of suspects is long and includes the love of her life—Cade as well as his brothers and Cyrus’s trophy wife. All of them had a reason to kill Cyrus and the only witnesses aren’t talking.

Will separating truth from lie and fact from fantasy, force Cade and Trey apart or bring them together?

Untamed is a steamy fast-paced second chance paranormal romance and the first book in the Ghost Cat Canyon series. Although the mystery of Cyrus’ murder is continued in the following books, this is a complete story with a HEA. The only remaining question is who killed Cyrus?

Buy Untamed today to enter an action-packed world where shifters are not the only ones keeping secrets.

Publisher’s note: Untamed is a second chance paranormal shifter story with steamy heat in and out of the bedroom for mature readers only.